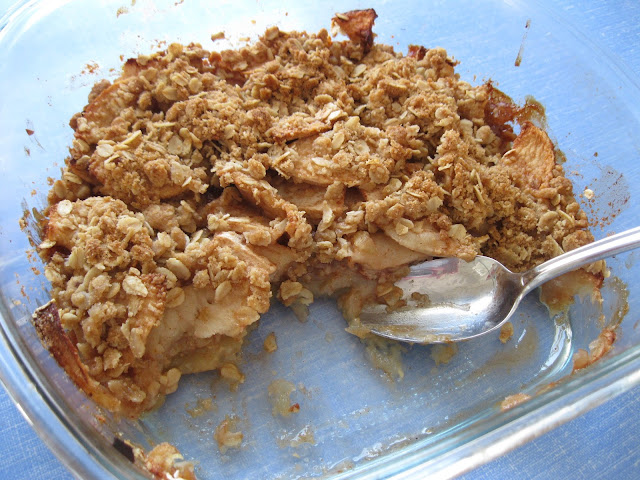 Apple picking means yummy apple things to eat. This weekend it was Apple Crisp Deluxe. Well.....that is what I call it. I made a few changes to the standard recipe to make it a bit better. I don't know if it is "deluxe" or not, but that is what I called it. 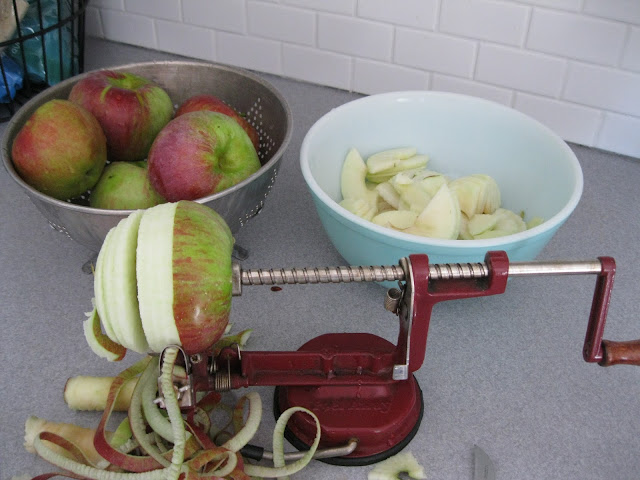 An apple peeler is a necessity for apple lovers! How can you go wrong with this old fashioned device? And it makes peeling quick as a wink! 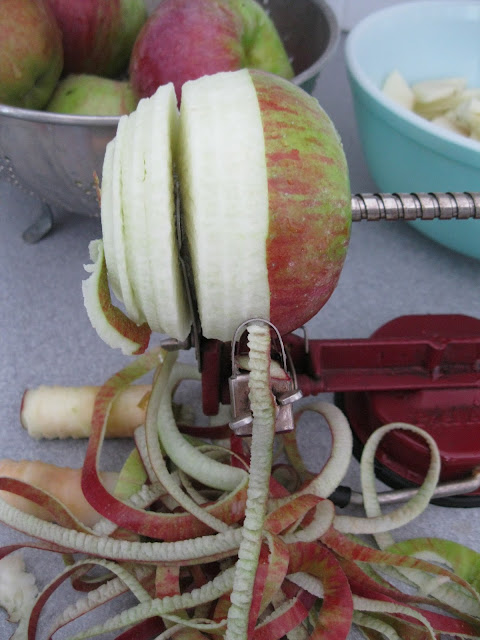 So what makes Apple Crisp Deluxe? That was my thought exactly. Since crisp is all about the crumb topping, more topping would make it better, right? Or two layers of apples and topping. And how about adding extra apple cider for a crisp fall flavor?

Apple Crisp Deluxe
6 cups peeled and sliced apples
3 tablespoons brown sugar
3 tablespoons white sugar
2 teaspoons cinnamon
1/2 teaspoon nutmeg
2 tablespoons flour (if I made it again, I would try it without, it didn't seem to need thickening) 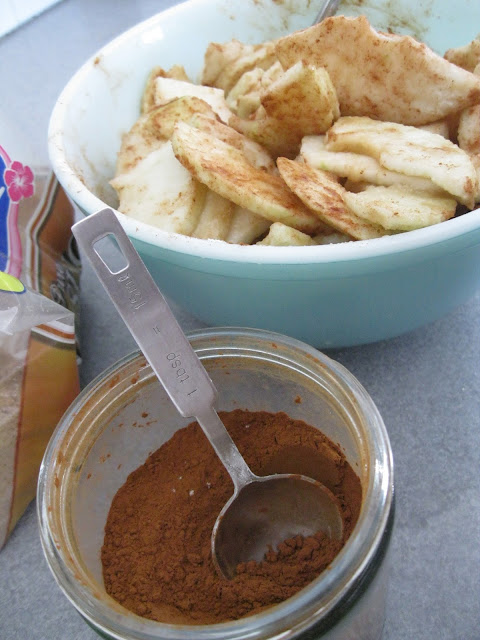 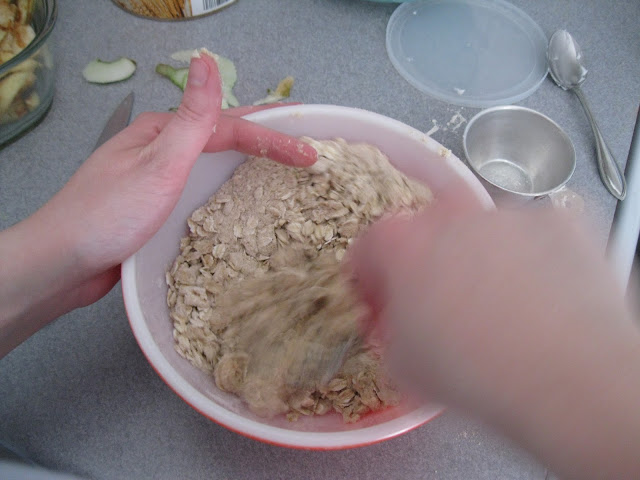 Mix oats, flour and sugar, cut in shortening until crumbs form. This takes a bit of mixing to get the shortening dispersed evenly. 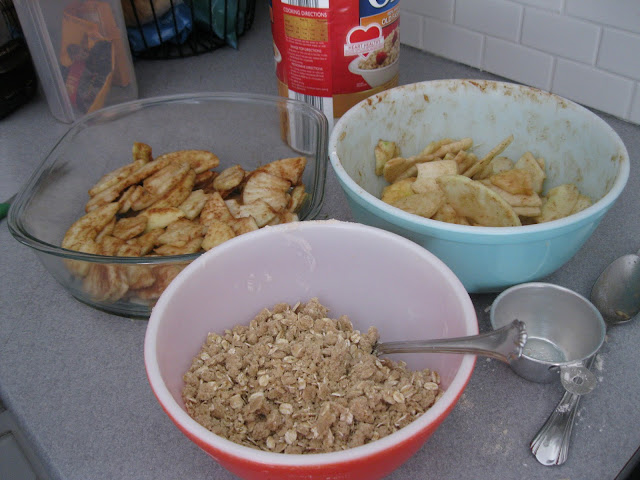 Place half the apples in a 9 x 9 baking dish with half the crumb topping. Layer the rest of the apples and topping in the pan. Drizzle 1/4 cup apple cider over everything. 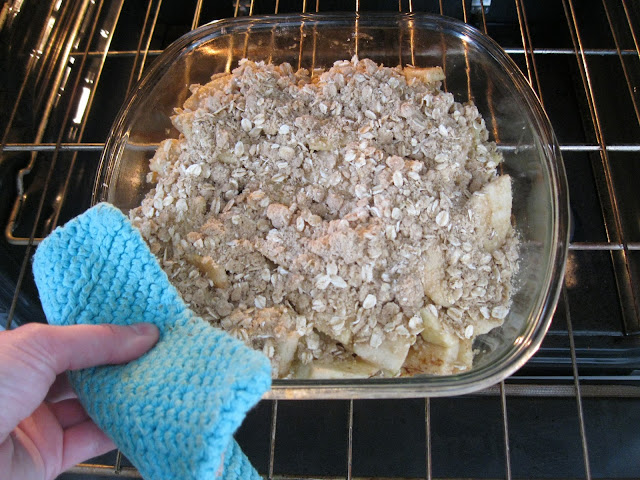 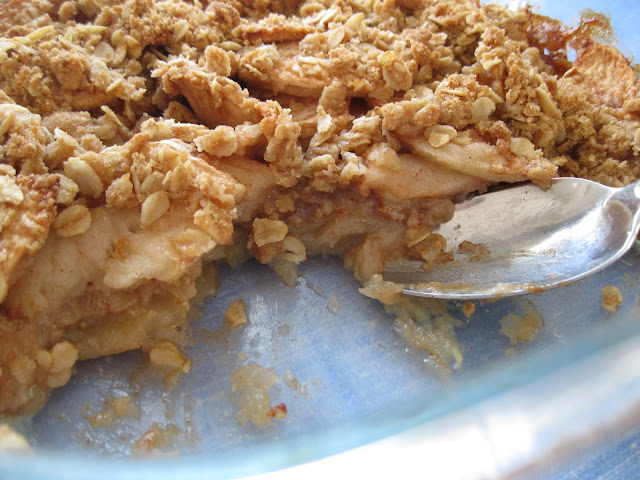 Yum! It sure didn't last long!

Posted by Heide at ApronHistory at 3:02 PM
Email ThisBlogThis!Share to TwitterShare to FacebookShare to Pinterest
Labels: apples, cooking, fall, fruit