Trip to the Antique Store

I went antique shopping last weekend. You probably think that is all I do, but not really. It goes in cycles. Spring always gives me the bug. Besides, I was on a mission! But I did get a little distracted. I was looking for a pink glass drinking glass for my room, so I don't have to traipse all the way down the stairs for water in the night. I found a marvelous glass, but I don't have pictures yet.


I did come across these darling little cookbooks! There were each only a dollar and aren't really books, little paperback pamphlets really. I don't feel as guilty about buying them and they won't take up a lot of space, so I can squeeze them on my cookbook shelf. 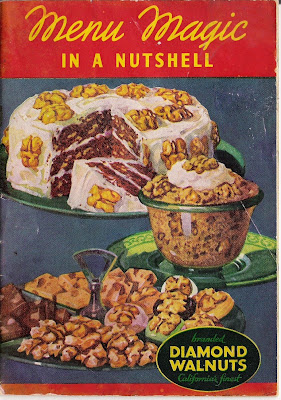 Menu Magic is from the Diamond Walnut Company. A very cute, colorful book. Judging from the pictures it was probably printed in the late 30's. 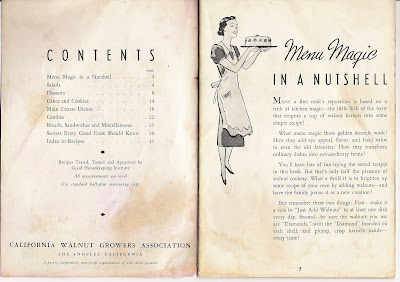 I opened it up and that was it, I knew I had to get it, an Apron! 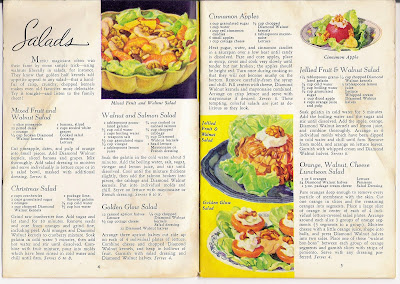 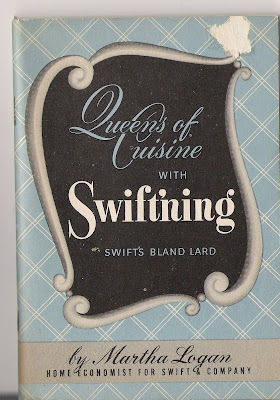 Next up, is a Swift's Bland Lard cookbook. Probably 1930s also. I love the size and the color of this little book. 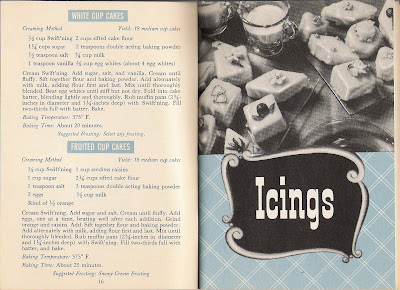 It has just about every sort of recipe, cakes, biscuits, fried chicken, doughnuts, pies, cookies. 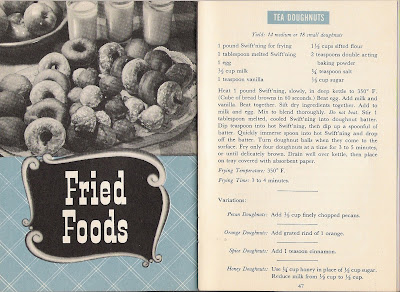 Yum! Doughnuts! My mouth is watering at this picture. I love the recipe title too, Tea Doughnuts. Didn't know there was such a thing? 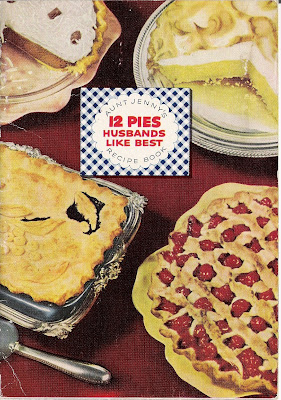 I just fell in love with this title. 12 Pies Husband Like Best. Don't you love it? 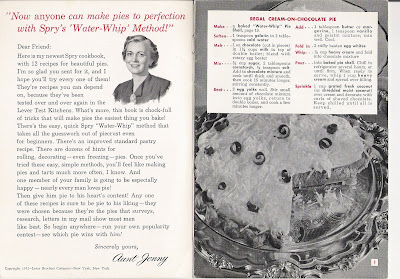 Aunt Jenny's forward is too cute. Nearly every man loves pie. Then give him pie to his hearts content! Any one of these recipes is sure to be pie to his liking- they were chosen because they're the pies that surveys, research, letters in my mail show most men like best. So begin anywhere- run your own popularity contest- see which pie wins with him!


Aunt Jenny seems to be right, I have never met a guy whose eyes haven't lit up at the thought of pie. I really want to try I few of her recipes, they look interesting. 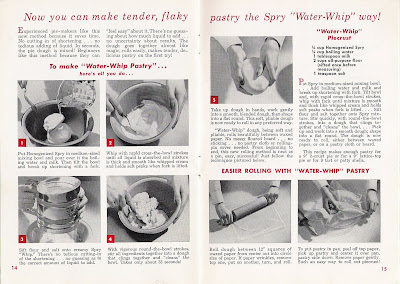 This little book was put out by Spry Shortening. Interesting way to make pie crust, wonder if it works. Anyone ever made it this way?
Posted by Heide at ApronHistory at 12:47 PM
Email ThisBlogThis!Share to TwitterShare to FacebookShare to Pinterest
Labels: Cookbook Project, cookbooks