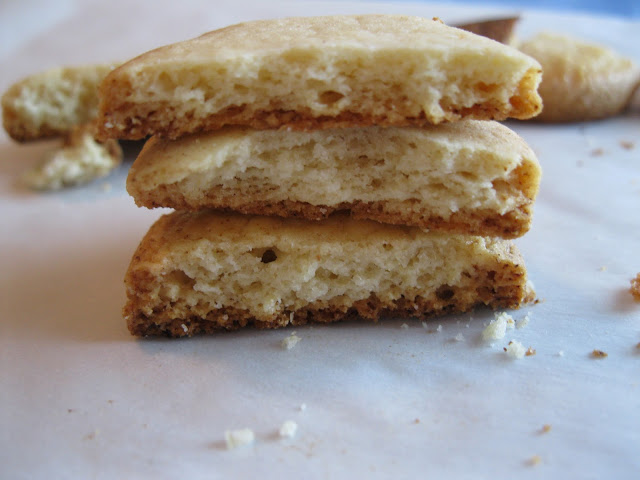 The jury is still out on this one. Part of the problem was I wasn't sure what the end resulted was suppose to be, so I kept trying different baking times and temperatures. I was hoping they would turn out similar to store bought vanilla wafers and with a bit of tweaking, I think they might. 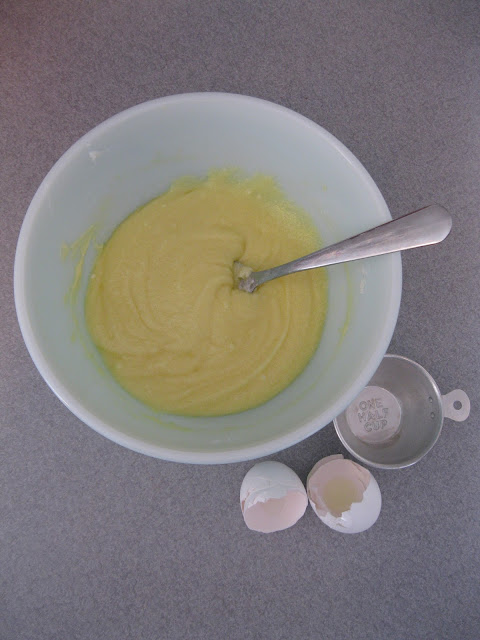 It is a pretty basic cookie recipe, starts with shortening, sugar and eggs. But could certainly use lots of extra vanilla! Maybe vanilla sugar or vanilla seeds. 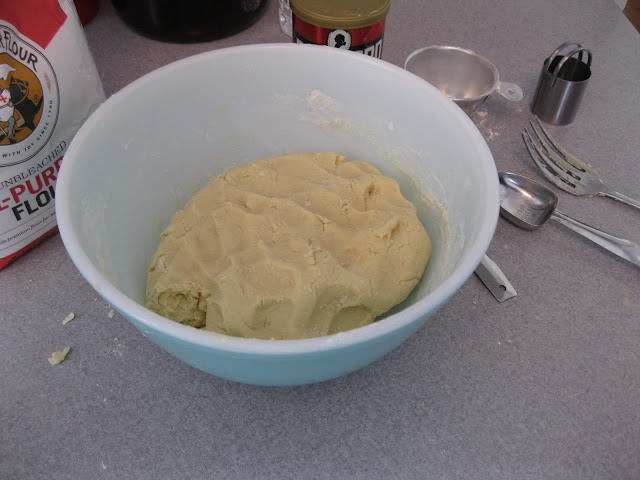 Add the flour and baking powder to make a dough.
I did like the texture of the cookie, after some research I am wondering it the dough should have been softer, but it still needs to be workable. 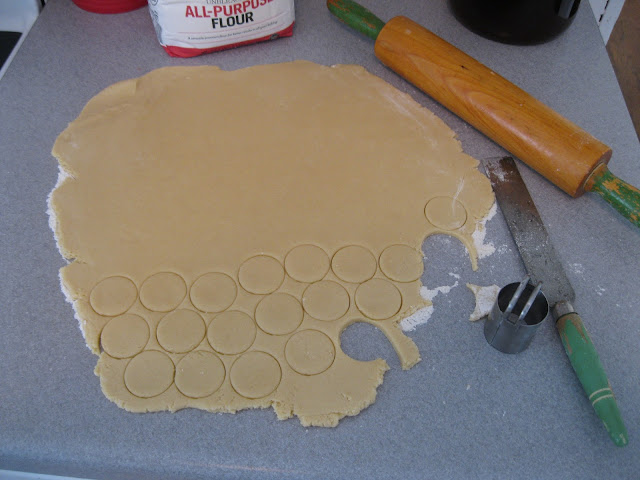 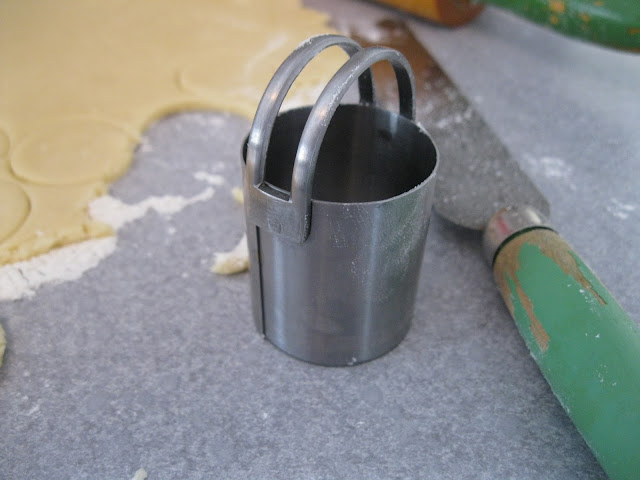 My favorite biscuit cutter set had a one and a half inch cutter. Perfect! 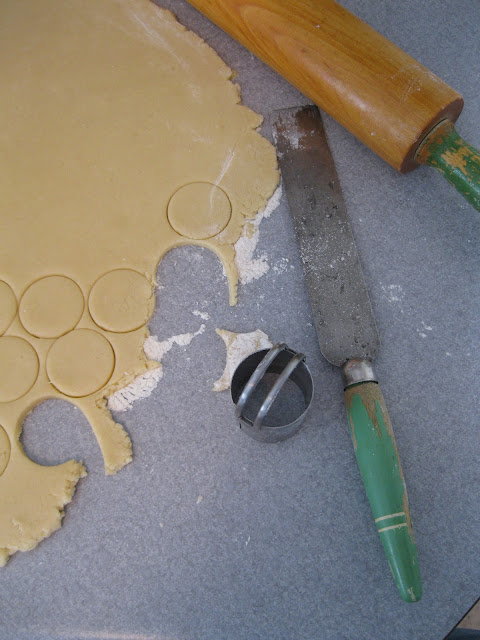 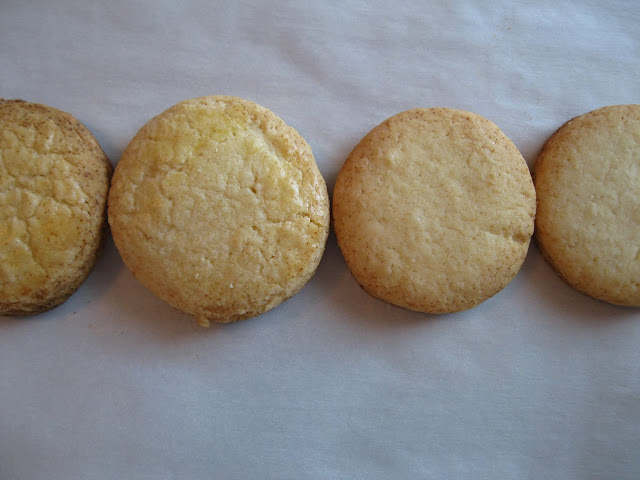 The recipe calls for egg brushed on the top. I didn't see much difference, egg brushed to the left, plain to the right. But the egg might have just been to keep the coconut or walnut nutmeats on. Maybe I should have tried them with the coconut? 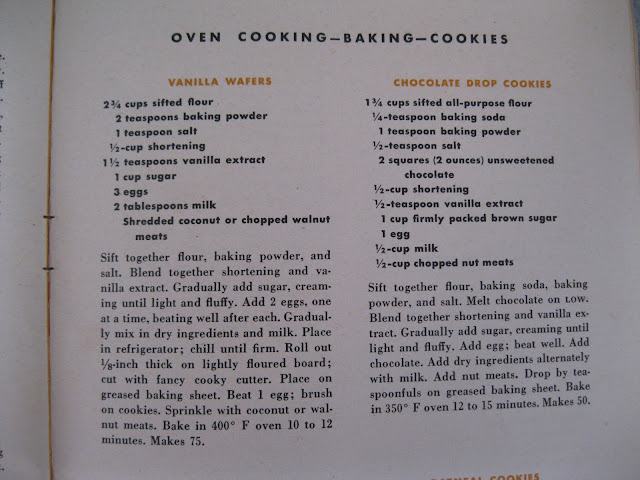 A very nice recipe. But if you are looking for something similar to store bought vanilla wafers, this isn't it. There were more of a shortbread type cookie.
I will certainly post an update when I adjust the recipe! 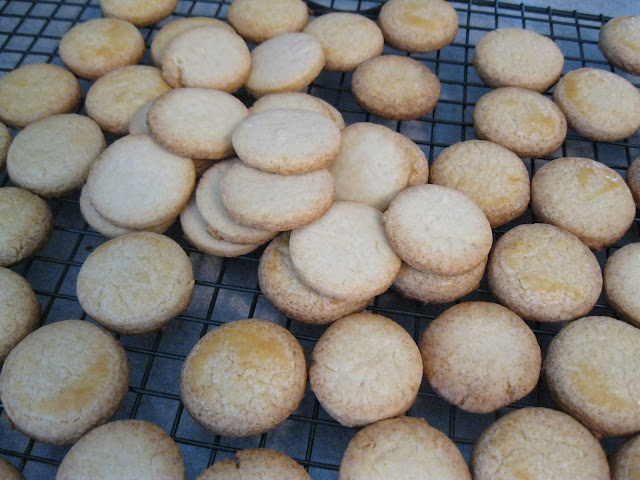 Posted by Heide at ApronHistory at 9:00 AM
Email ThisBlogThis!Share to TwitterShare to FacebookShare to Pinterest
Labels: Cookbook Project, cooking