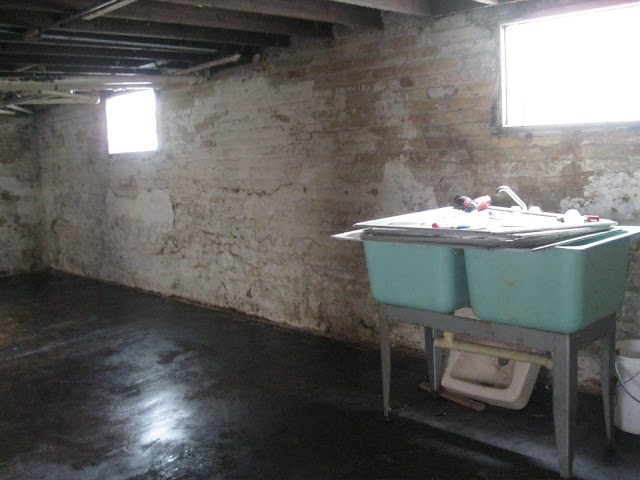 Gosh! How time has flown!
The last two weeks have mostly been working in the basement (on plumbing and electrical) and working on the basement. Mandy and I scraped up all the tiles on the basement floor and were left with black adhesive. In hindsight, it might have been better to leave the tiles in place, but it is too late now! We have discovered that washing soda softens up the glue quite a bit and with a stiff deck brush it is coming off little by little. I have decided it is really not worth spending a lot of time washing and scraping and after a few washes I will paint it. Nothing a good coat of paint can't cure! 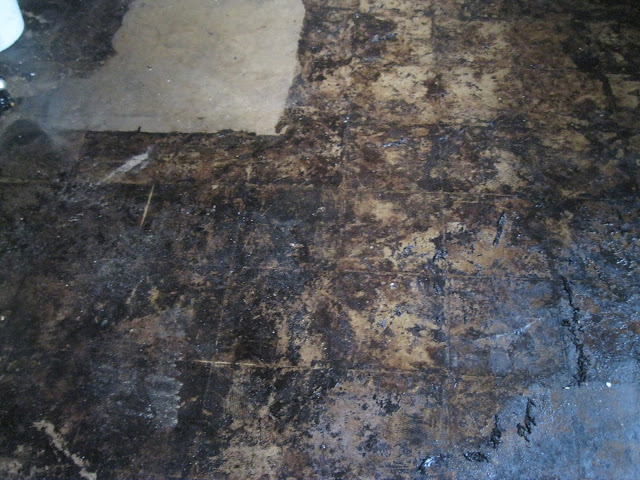 I bit of progress made! If we washed it enough we would probably be able to get it all up, but when this stuff covers the whole entire basement it is a daunting task! And it is not like we have that much spare time! 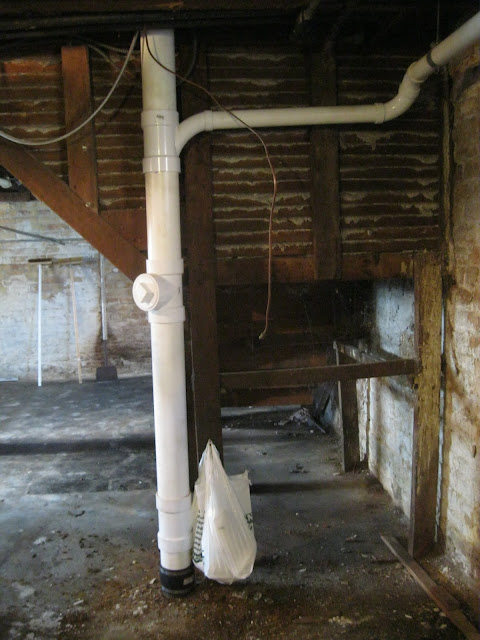 I am so excited a new waste pipe was put in! Not only is it nice a clean, but the basement already smells a lot better. The old cast iron pipe was cracked in several places and not only leaking waste water, but gases as well. 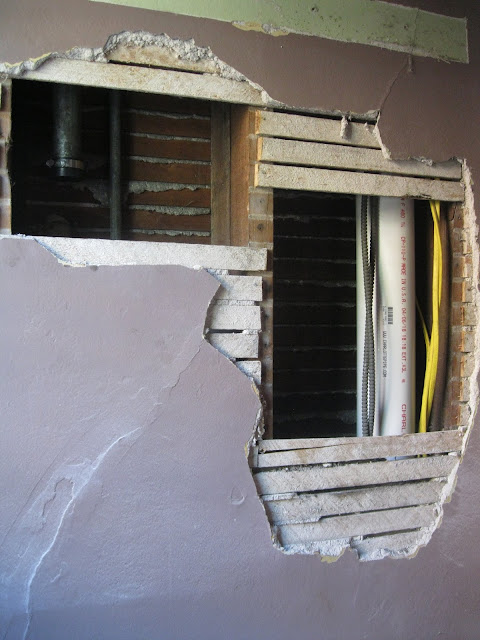 Plumbing unfortunately always means holes in the walls. Thankfully all of it is in one wall, but for the waste pipe we needed access on each floor. This is wall in the back stairs. 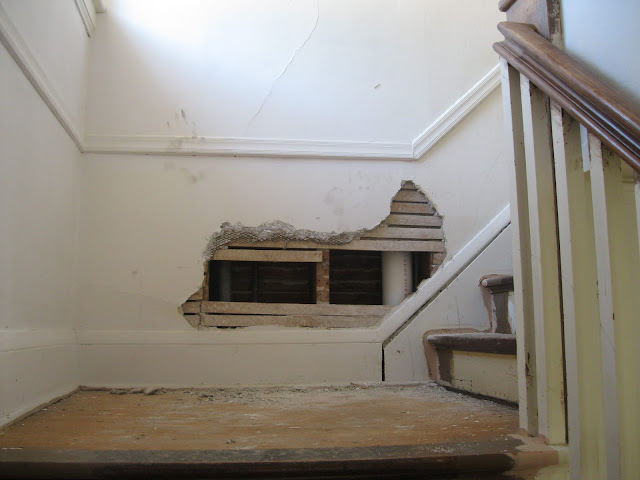 And this one is in the stairs to the second floor. Since we have everything open, next week is replacing water lines! 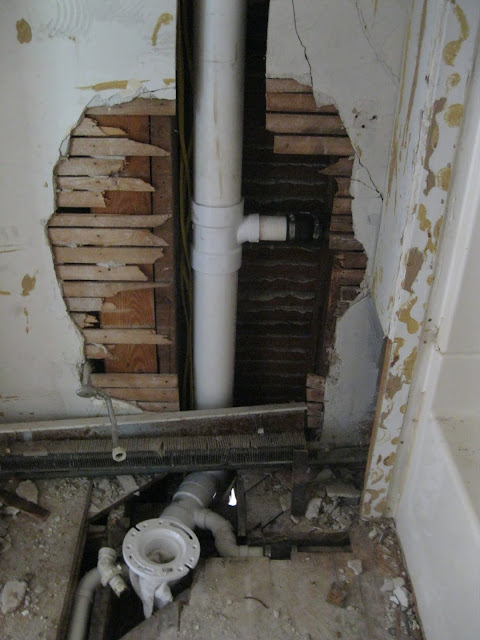 The bathroom was full of surprises. Pipes left in the wall, vent pipes disconnected...….
So it got a little messy! But it is nice to know it is all new and up to code. And I shouldn't be receiving any midnight calls concerning leaking pipes! 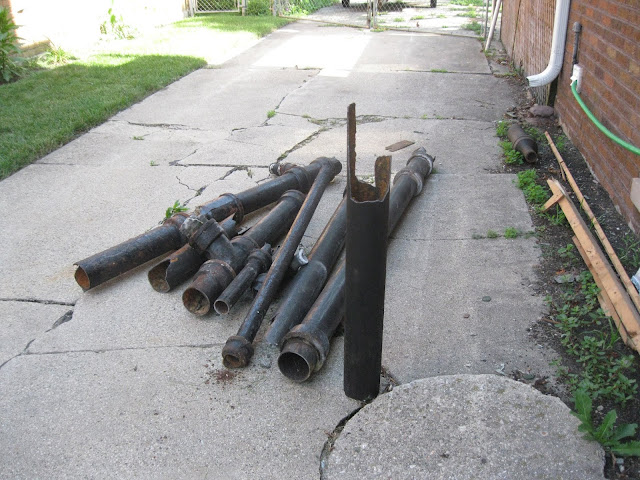 These are all the old cast iron pipes taken out. It takes a lot of pipes to make a house work!
The last two weeks hasn't just been about plumbing. We have also done a lot of washing of walls, floors, cabinets and windows. The electrical also got tidied up as there was extra switches and outlets hanging from ripping out the walls in the basement. 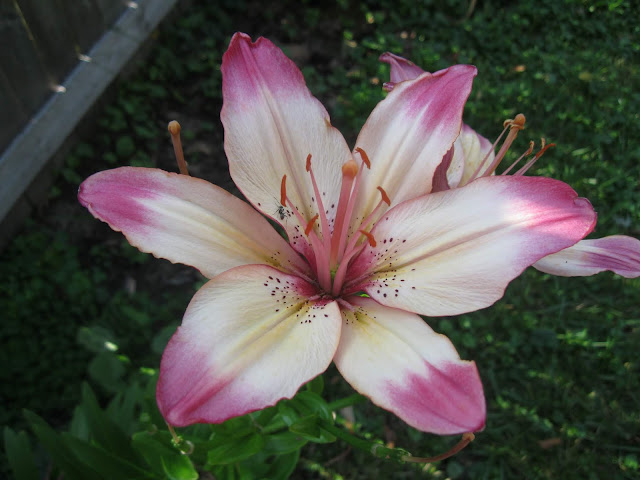 And to leave you with a pretty picture, one of the lilies that is blooming in the yard. Love those colors!
Posted by Heide at ApronHistory at 1:32 PM
Email ThisBlogThis!Share to TwitterShare to FacebookShare to Pinterest
Labels: Brick House