The Story of a Door 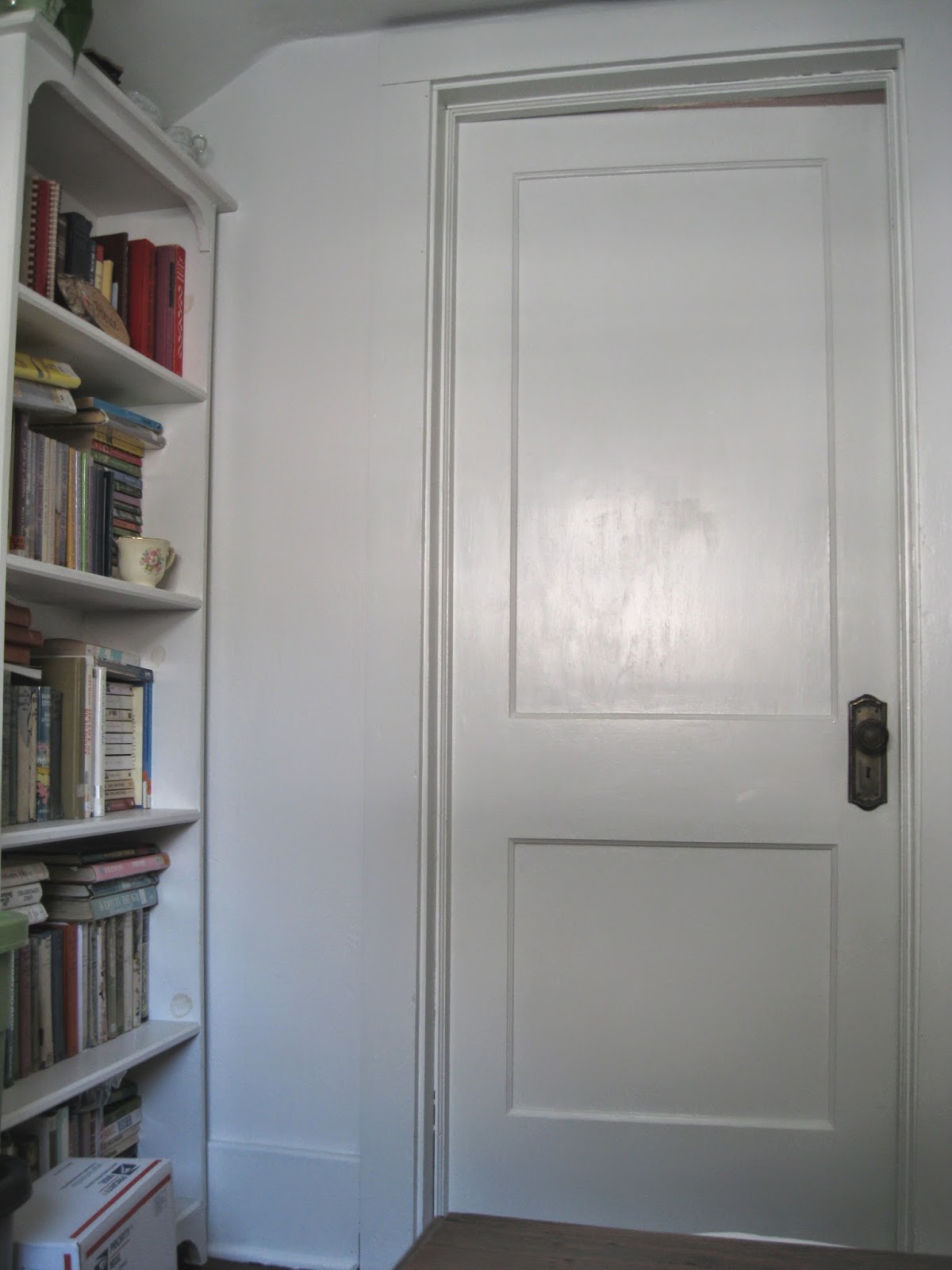 This is one of those posts that I have been meaning to write for about a year and just haven't gotten around to. Last week I was looking back on what was happening last year on the blog and noticed I posted about my upstairs bedroom. (Before and After)So to celebrate the one year anniversary of it being finished I am going to share with you the hardest diy project we did upstairs. The Door. I am so proud of that door, every nail in the frame was put pounded in by my hand (several times!). Have you ever hung a door? Let me tell you, it is not easy.

When I bought the house, the upstairs bedroom door opened out into the landing. A bit odd, but that was the way it was. One of the first things I realized was the landing would have so much more room and more functionality if the the door opened the other way, into the bedroom. So it went on the list.
After months of work and sweat, we ran out of things that could move forward downstairs, so decided to switch tracks and see what needed to be done upstairs. The Door stopped us in our tracks. It needed to be switched around before we could paint, other then that there wasn't much else to do. But since my brother was more importantly occupied with wiring and plumbing it didn't look like it was going to get done very soon. So I took a deep breath, convinced Mandy we could do this and gave it a try!
Since the door needed to swing in and to the left instead of swinging out and to the right, we thought it shouldn't be too bad as all we needed to do was take out the door frame switch it back to front and put it in again. Sounds simple enough.
I don't even remember how many times we took that darn door out and in! We would get so frustrated and tired we would have to leave and come back another day. A few times we thought we had it, but then realized there was a huge gap at the top, or it didn't close completely or it wouldn't stay open. We ended up working on it several weekends and pounding those nails in and taking them out many many times!
Finally, we got it just about right, the door opened and closed right, the gap was balanced between bottom and top and wonder of wonders when we nailed the nails in, they didn't throw anything off! We gave up on it being level, because the door was most likely made on site for the doorway, we don't think it was too level to start with. Add that with a bit of sagging and we are happy it is at lest working!
A bit of plastering and a lot of paint, and no one would ever know we went through all that frustration.
After all is said and done, I think I would have still switched the door (I love how much bigger it makes the Book Nook!), but I definitely would have thought a lot harder before tackling it myself! 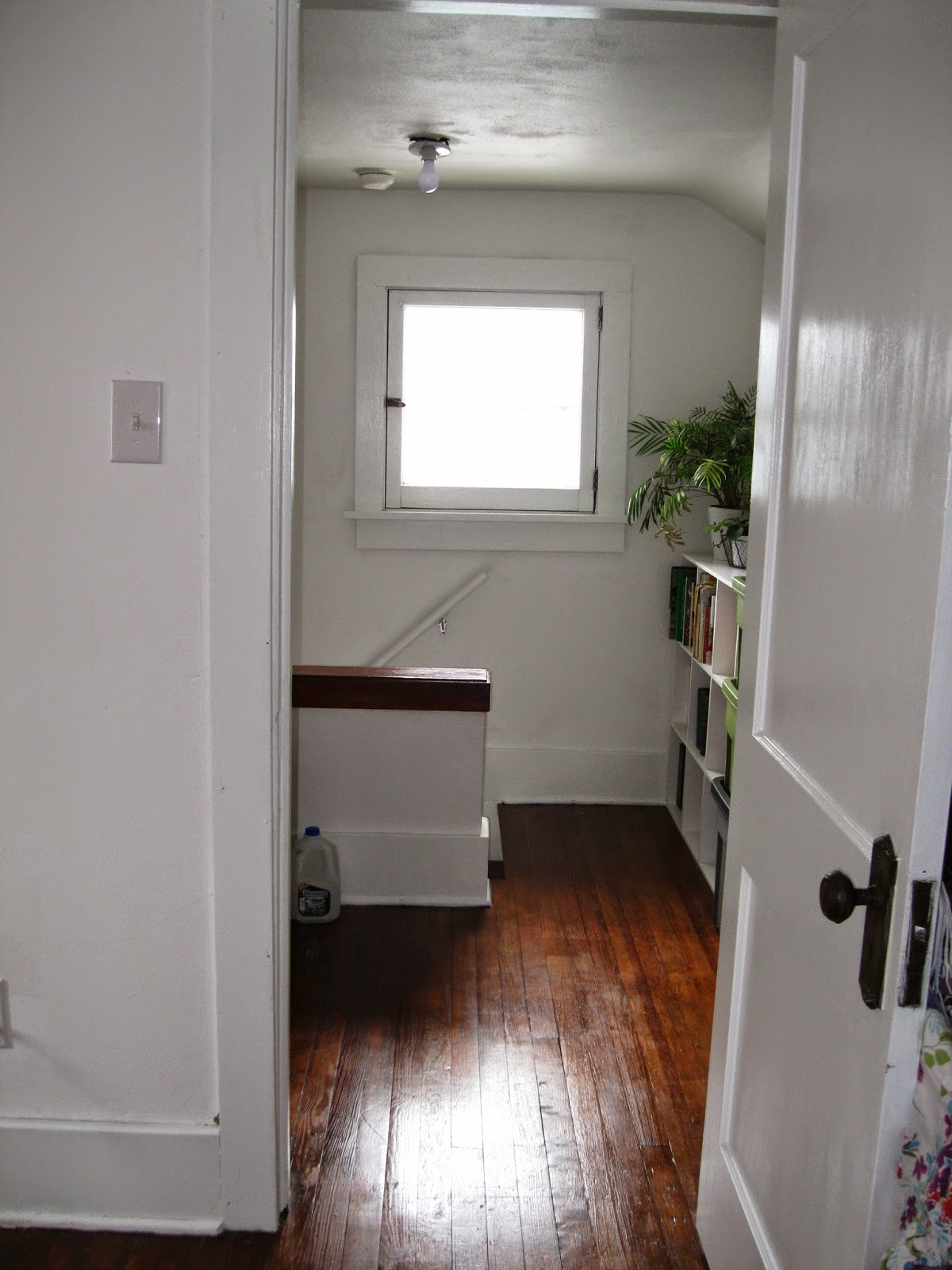 Sometime after we put the door in and when we actually moved in the door shifted again. It now doesn't quite latch all the way, which I was quite certain it did when we finished. It must of been the cold winter. But whose complaining?!? Certainly not me!

Posted by Heide at ApronHistory at 3:09 PM
Email ThisBlogThis!Share to TwitterShare to FacebookShare to Pinterest
Labels: bedroom, house, upstairs