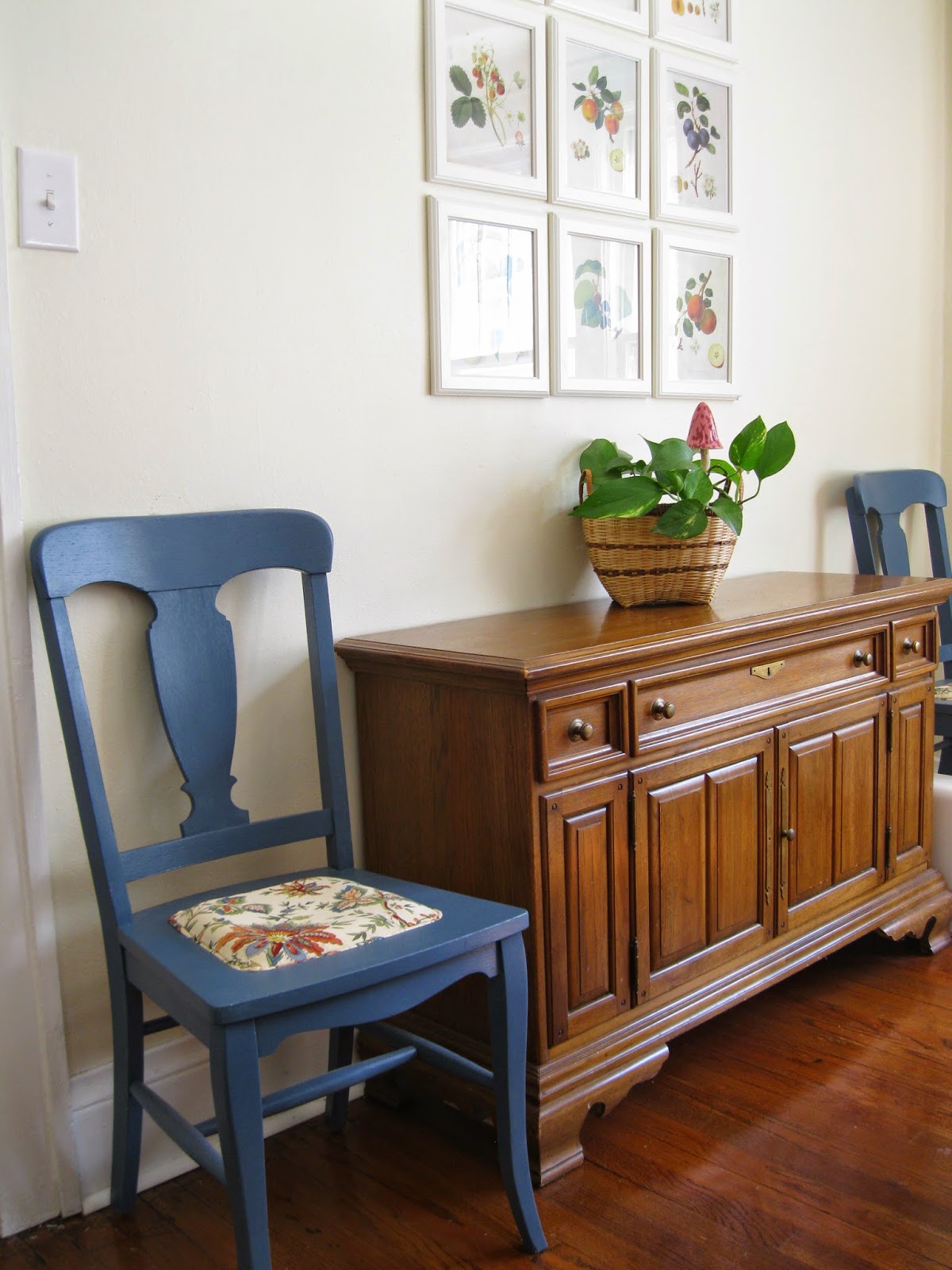 There was two projects I worked on in the dinning room this winter. They weren't big or changes that really made an impact on the room. Once summer was upon us in the busyness I kind of forgot about them. They were fun winter/spring projects, I had such fun working on them! 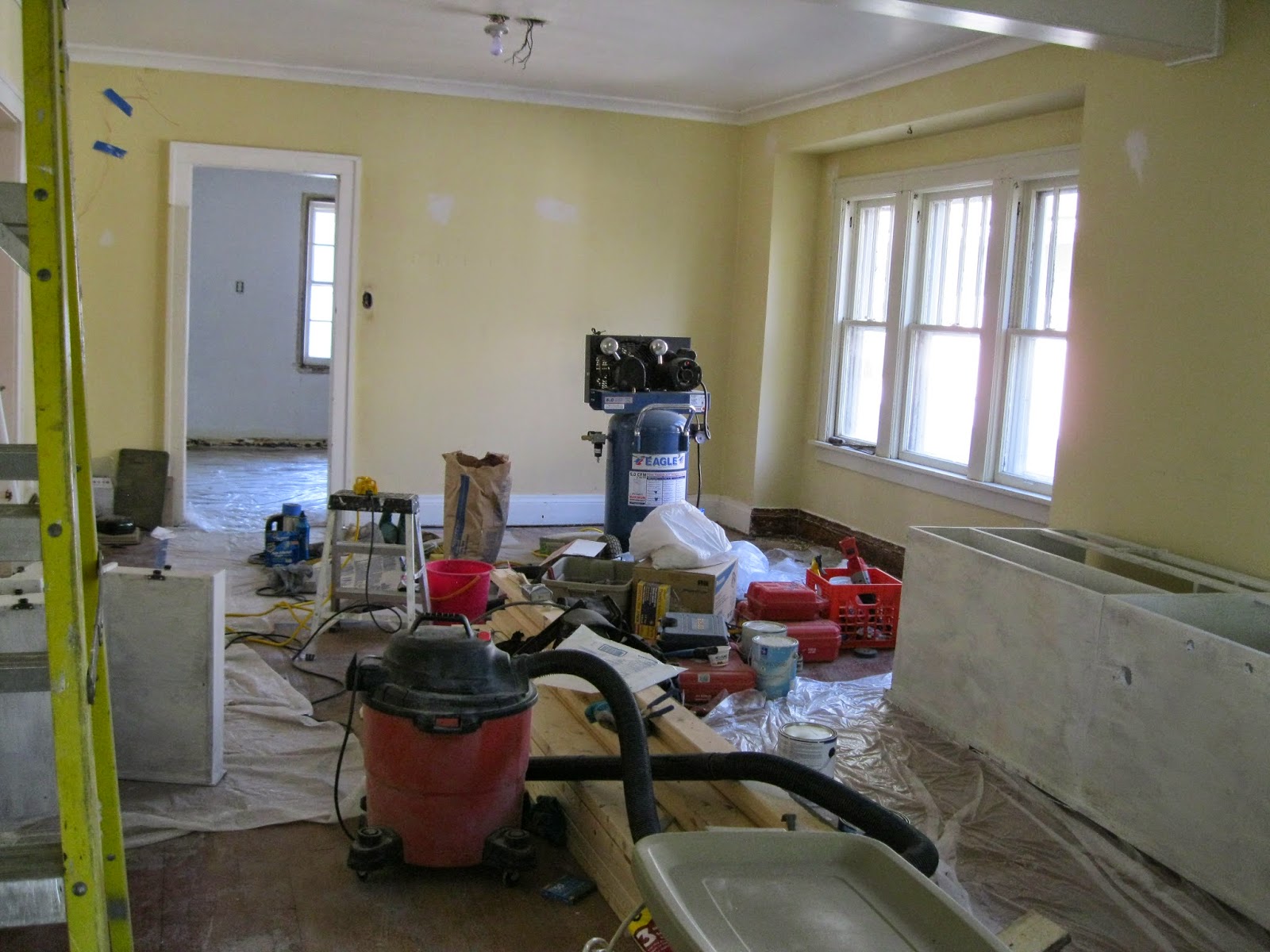 Before we look at more pictures, a quick look at what the dinning room looked like last year, disastrous construction zone! There wasn't too much that needed done (compared to some other rooms!), re-finishing of the floors, paint and more paint and the ceiling light fixture moved over. You can see in the picture, there are two holes. The dinning room was one of the few rooms that actually had a ceiling light fixture, but when we went to put the light in the living room we realized the dinning room fixture was not centered. Since I was patching holes already, I had it moved over the few inches so everything would be in line. 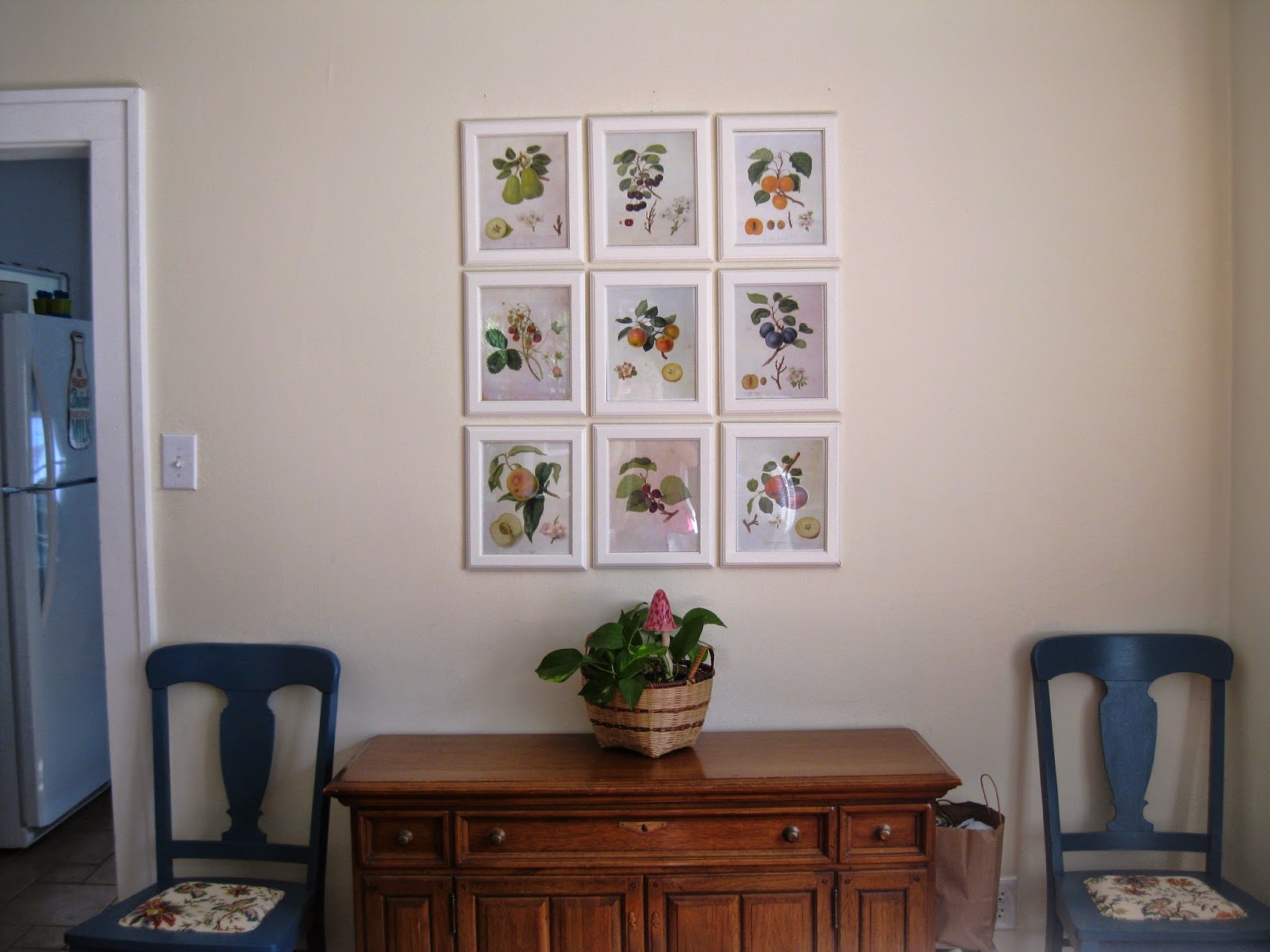 Here it is, both of my projects in one picture. The side chairs and the framed fruit prints. Both, of course, have stories. 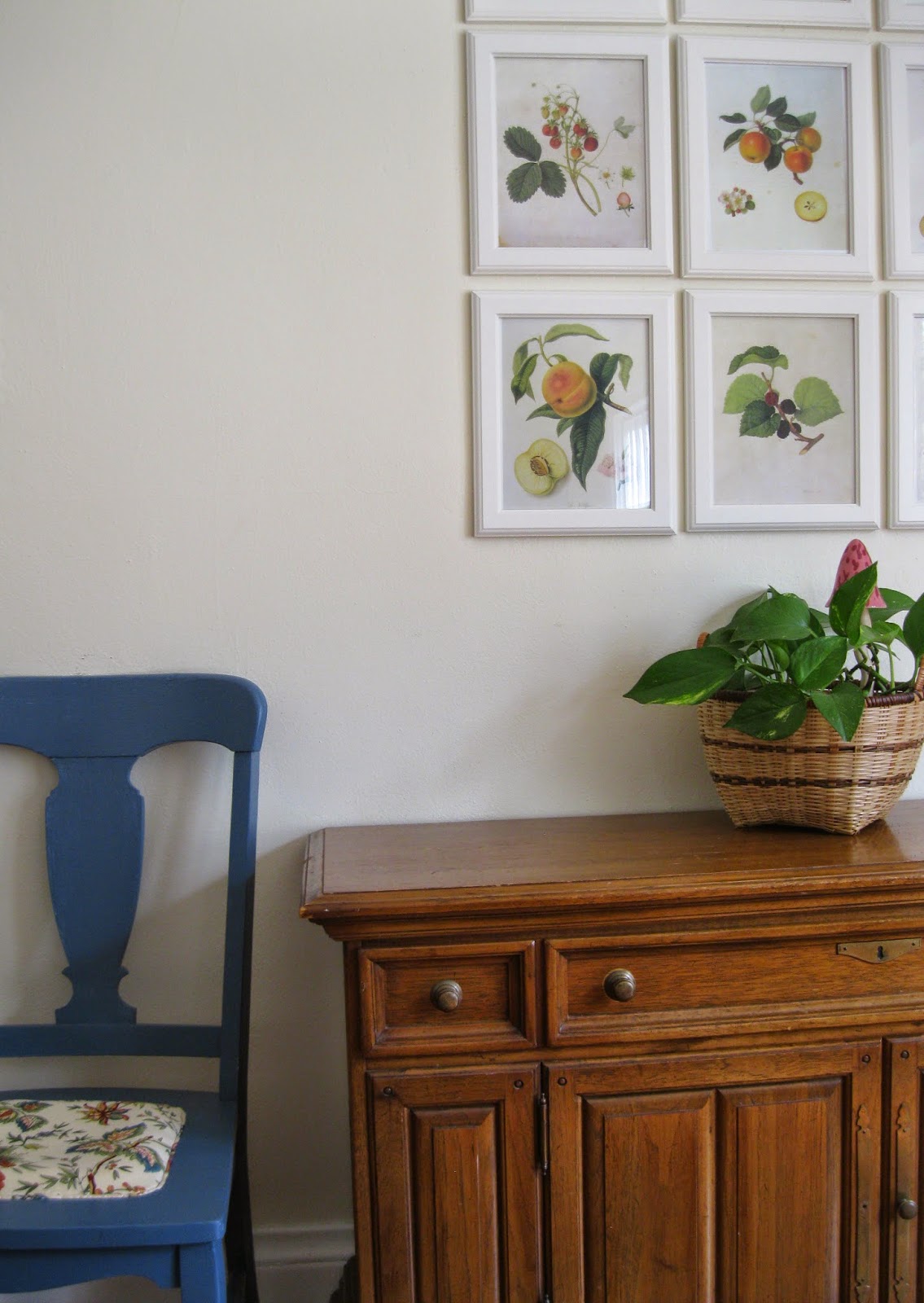 The chairs I discovered in an antique mall last summer. One was in one room and the other in another room. When I saw the second I realized I had seen one just like it! Even though they needed some sort of seat and were all dried out from a previous owner's stripping, at $5 each I wasn't passing them up! 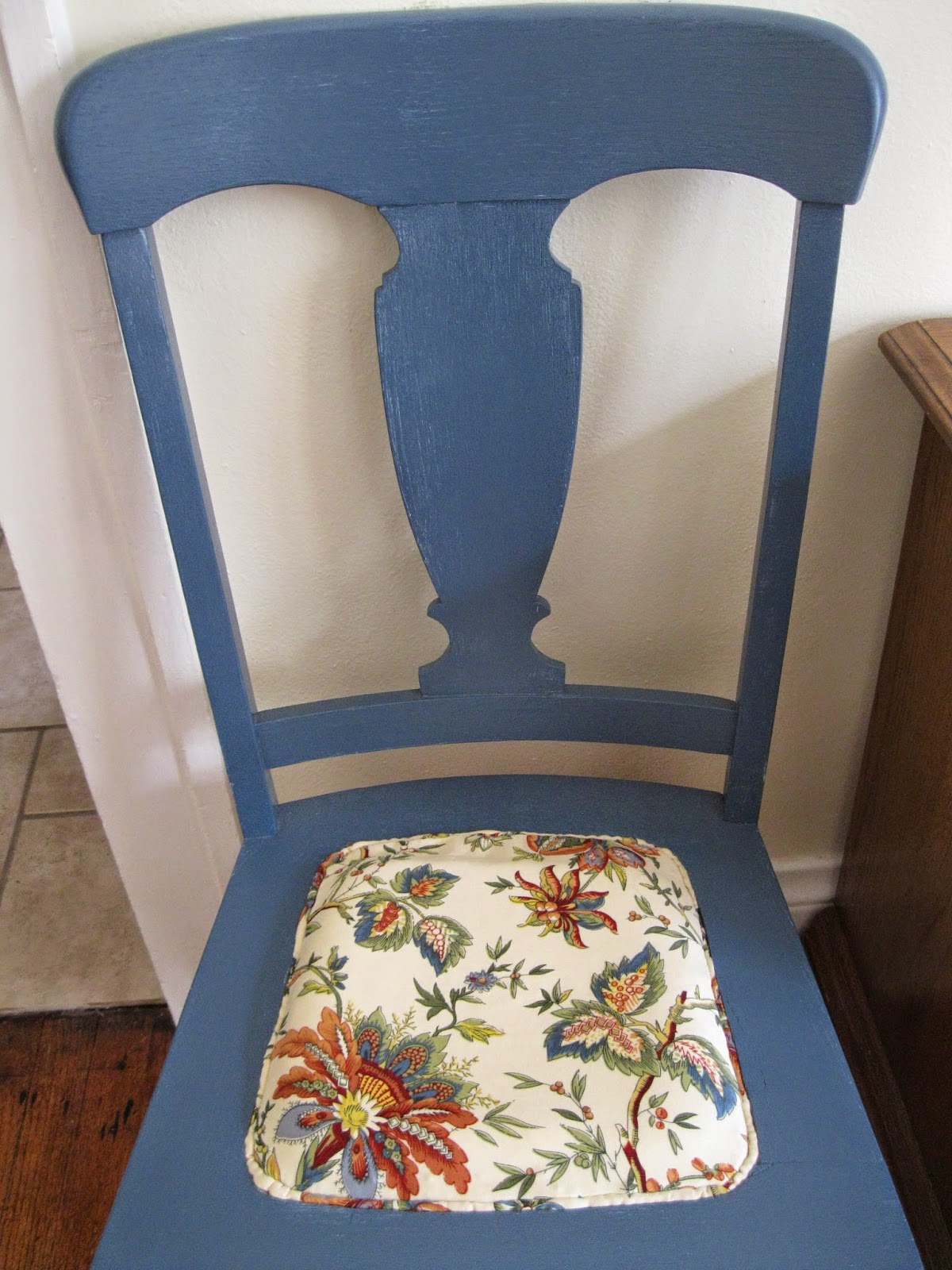 I painted them the same blue as the mirror in the front entry hall and upholstered the seats in matching curtain fabric. I love how the chair color brings out the blue in the fabric! After doing research, I realized the hole in the seats were for caned seats. I was very temped to cane them after doing my sewing room chair, but I decided to stick with my first plan as I wanted to use the curtain fabric somewhere else besides just the curtains. 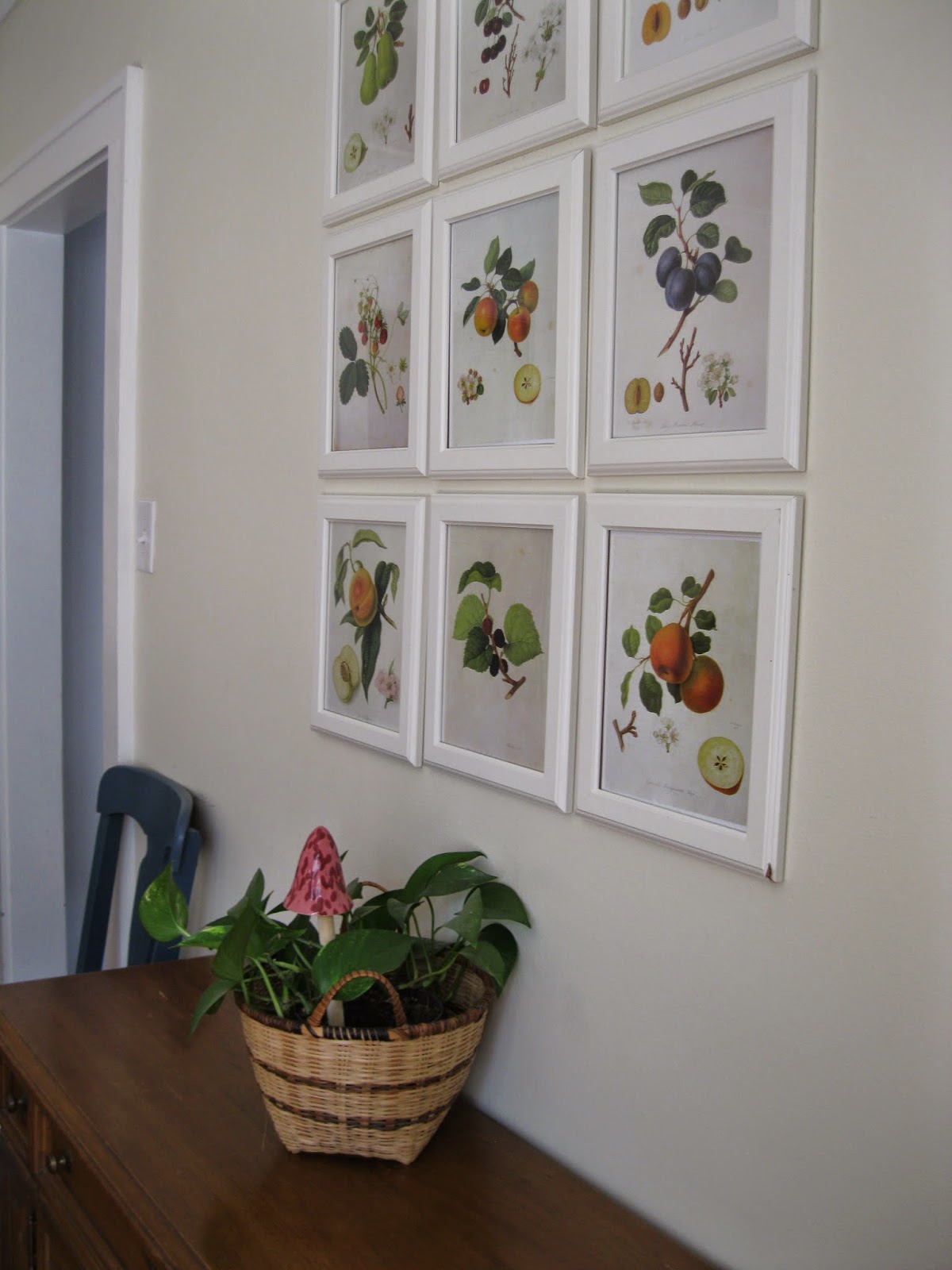 The second project, which really wasn't suppose to be a project, was the fruit pictures. I found them at an antique store several years ago, long before I bought my house. So of course, I had a completely different plan in mind and I only bought five (yes, five, what was I thinking!). As you can see, even nine doesn't fill the wall, five was lost. So I started a quest to find more. I visited the antique store, I scoured etsy, I googled and searched. The only plates I could find were either ones I already owned or were way out of my price range. 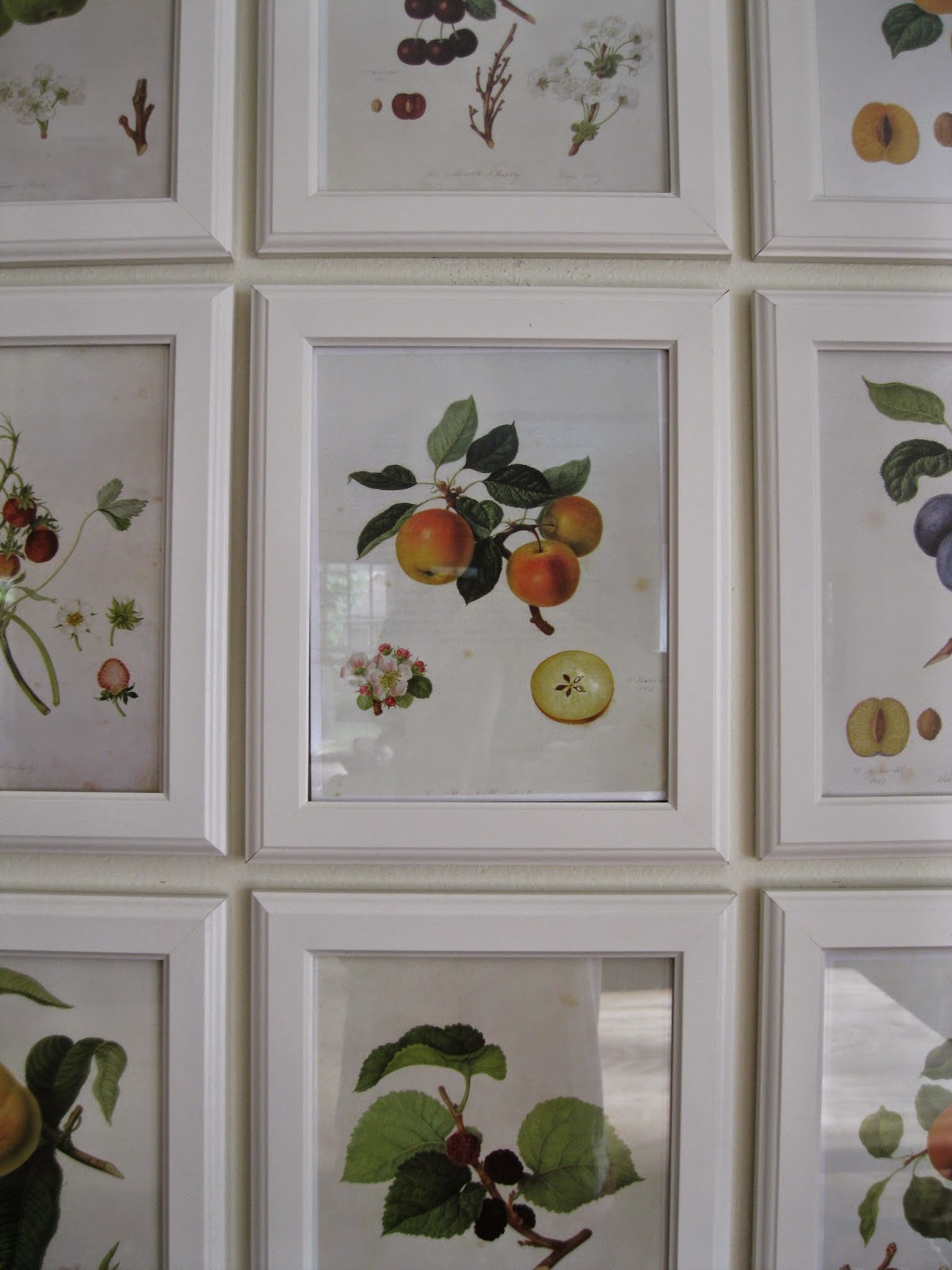 Then I had a brain storm. Since they were from a book, why didn't a try looking for the book instead of the prints? After a bit more searching, I was fairly certain which book they were from and decided to take a chance and order the book. I got the right book, now I have 120 prints! I could paper the whole wall! 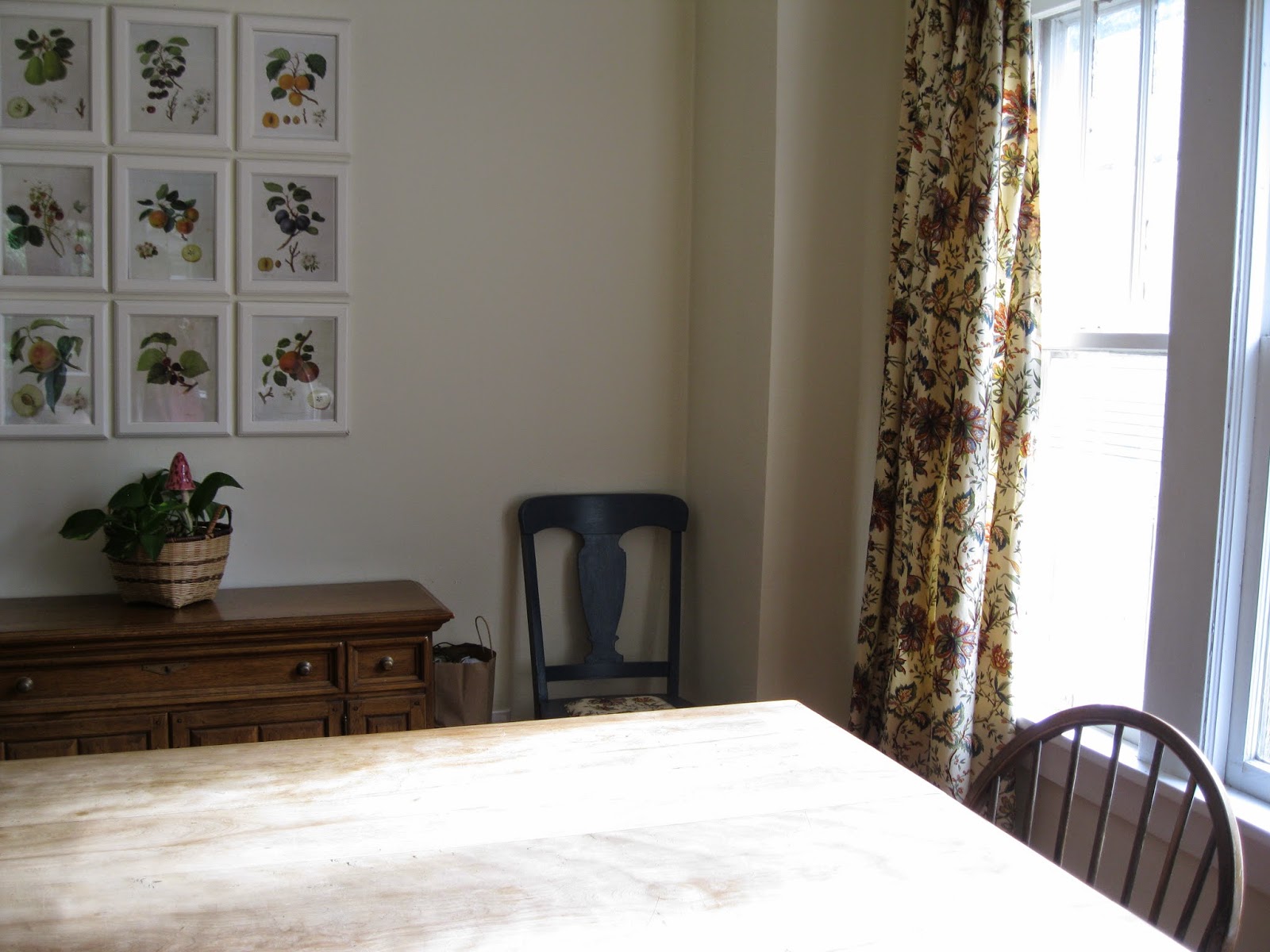 I am still working on what to put on top of the buffet, I think a little more height would be nice. And I keep toying with the idea of adding more fruit prints. But decorating is always a work in progress! 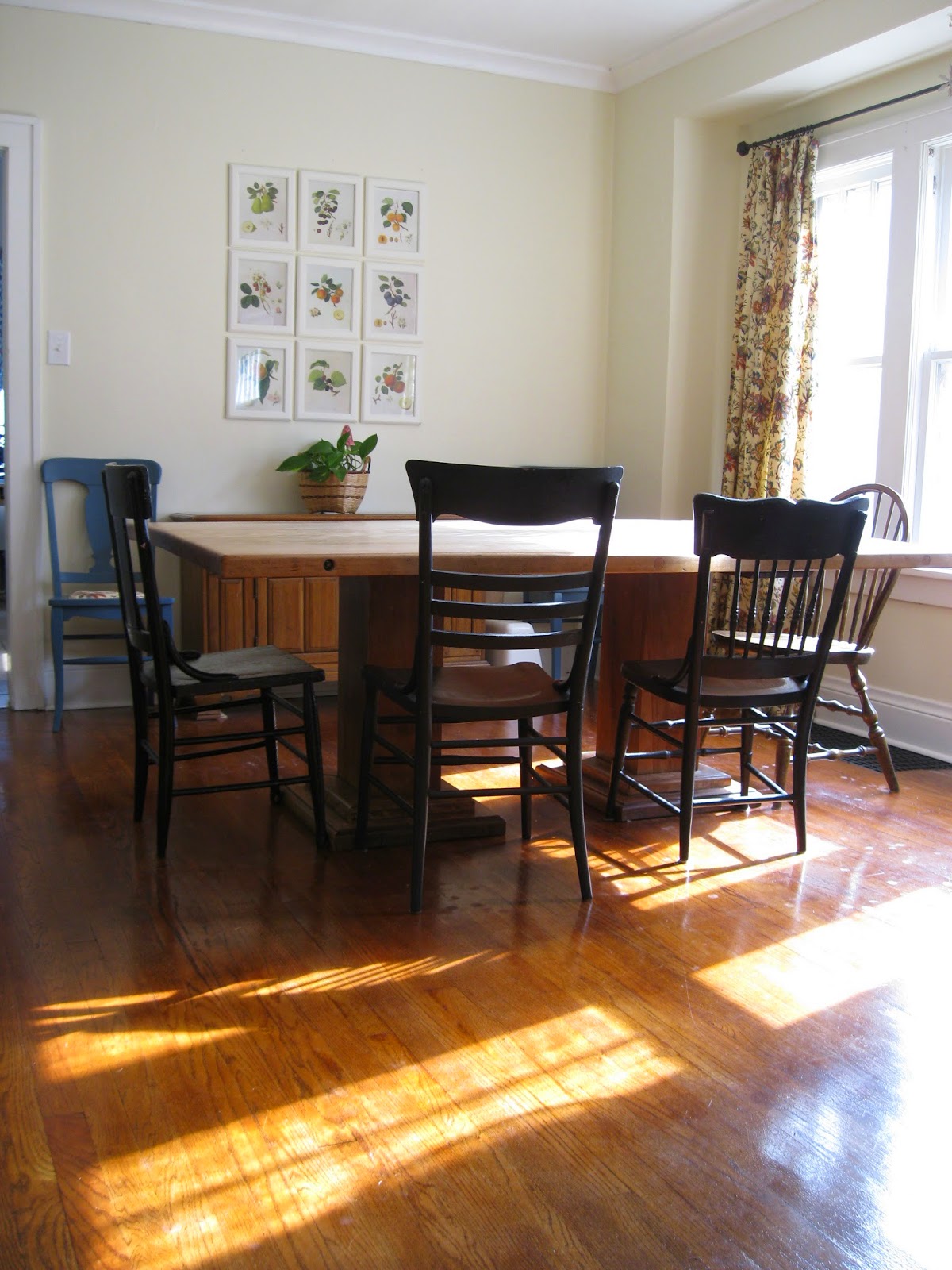 I love how sunny the dinning room is in the afternoon. The angle of the sun is already changing, Autumn is on it's way!
Posted by Heide at ApronHistory at 7:00 AM
Email ThisBlogThis!Share to TwitterShare to FacebookShare to Pinterest
Labels: decorating, dining room, house