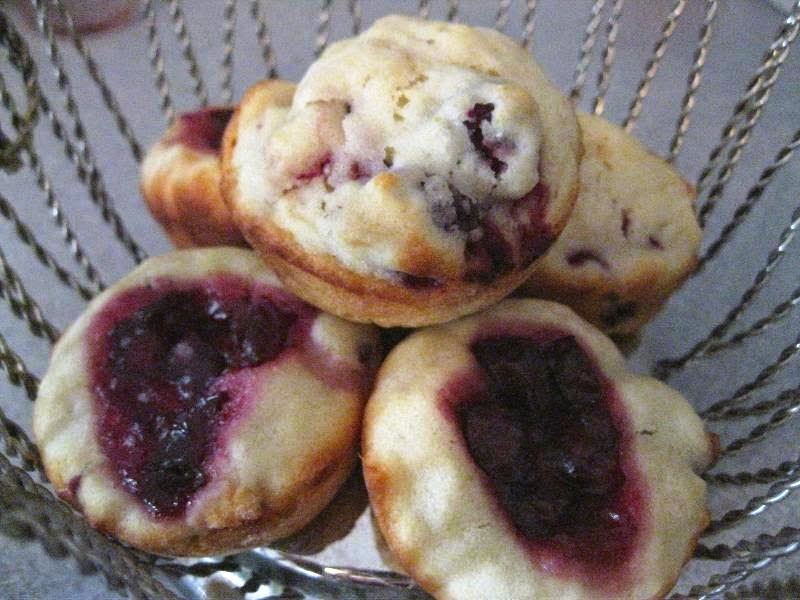 I am still celebrating Cherries! Today, I have a recipe that is not only cherry, but from a vintage cookbook! When I looked in past posts, I realized I had not shared the little Spry cookbook pamphlet this recipe is from, so stayed tuned for it in a later post. 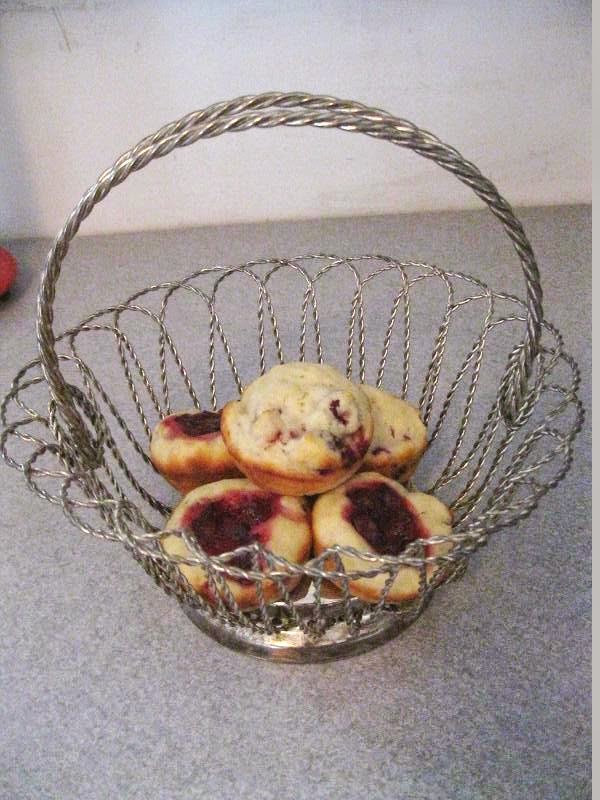 The cherry muffin idea all started with a recipe I saw on Pinterest for Cherry Danish Muffins which looked delicious. But once I read the recipe I realized it was make with pre-packaged dough, not really my idea of  baking. So I took the idea and set out to find a muffin recipe. 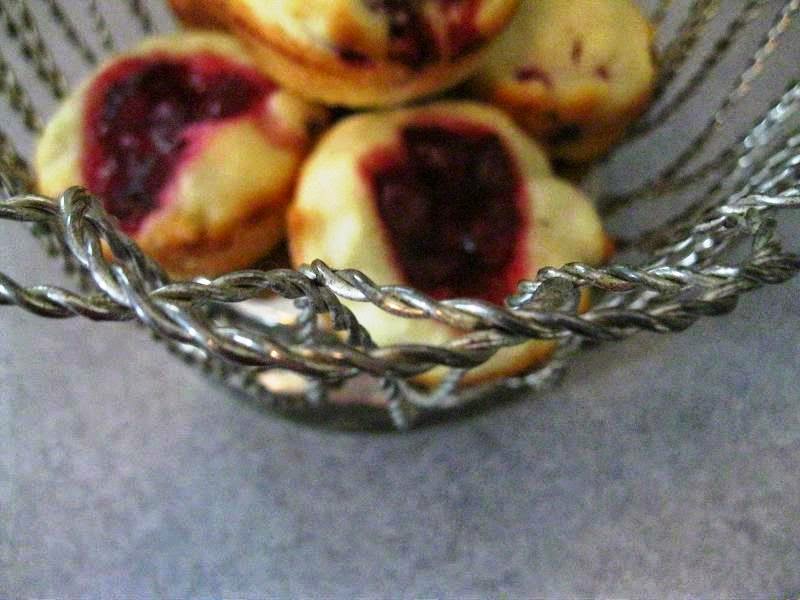 They turned out very well. A little different then we are normally use to in a muffin recipe. Instead of being almost cake like, they are a bit more egg-y with not as fine as a texture. I reminds me of a popover without the crisp outside. Which in my opinion makes a great breakfast muffin! 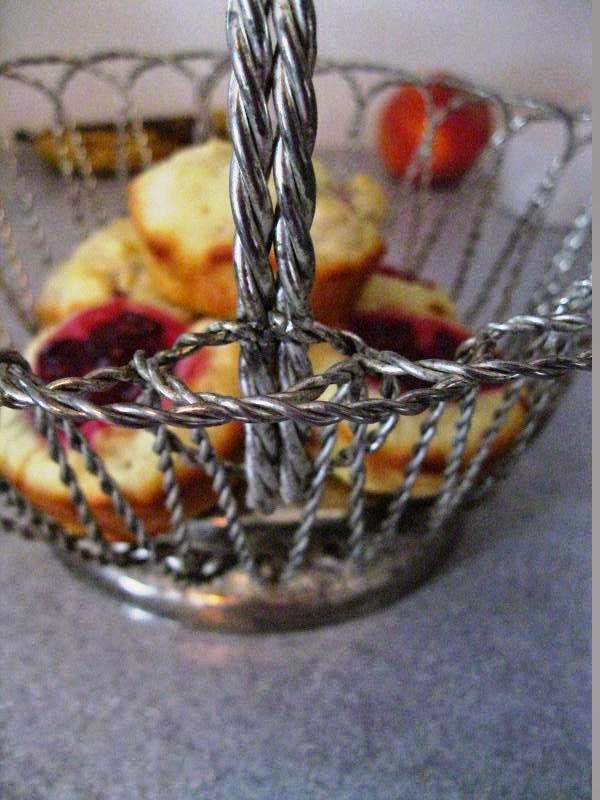 The muffins are in a vintage silver wire basket I found last fall. It has become my favorite thing to serve muffins and scones in! 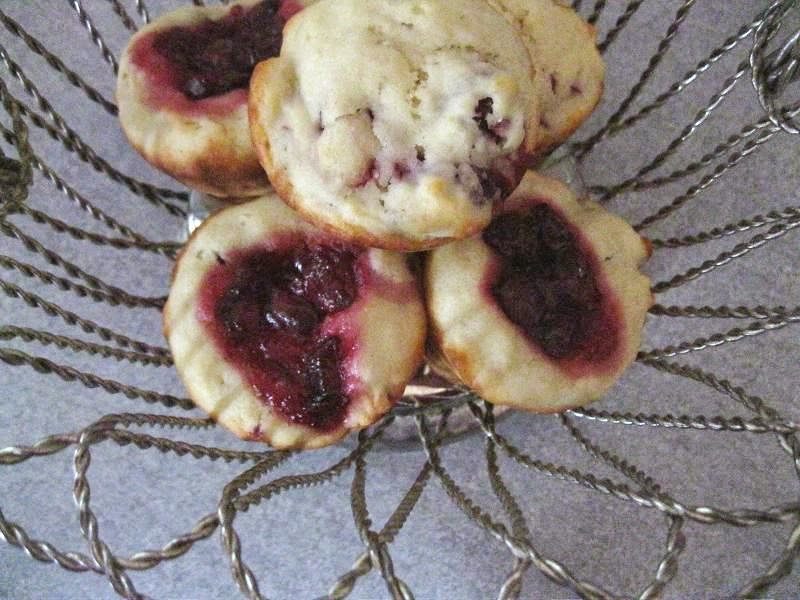 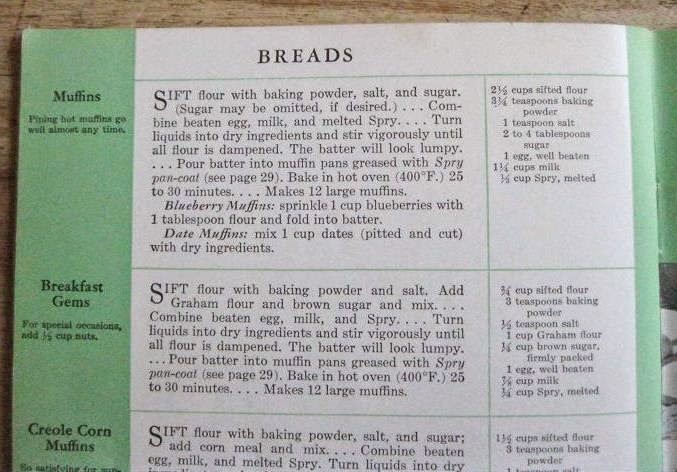 I followed the recipe just like it is written except to substitute water for milk to make them dairy-free. Then I added 2 cups thawed cherries to the batter. Once the muffins tins were filled pushed a little chunk of cream cheese in the middle and spooned cherry jam on top. (When I make them again I would mix the cream cheese with a little sugar and milk so it was softer.) Or you can always skip that part and just make cherry muffins! 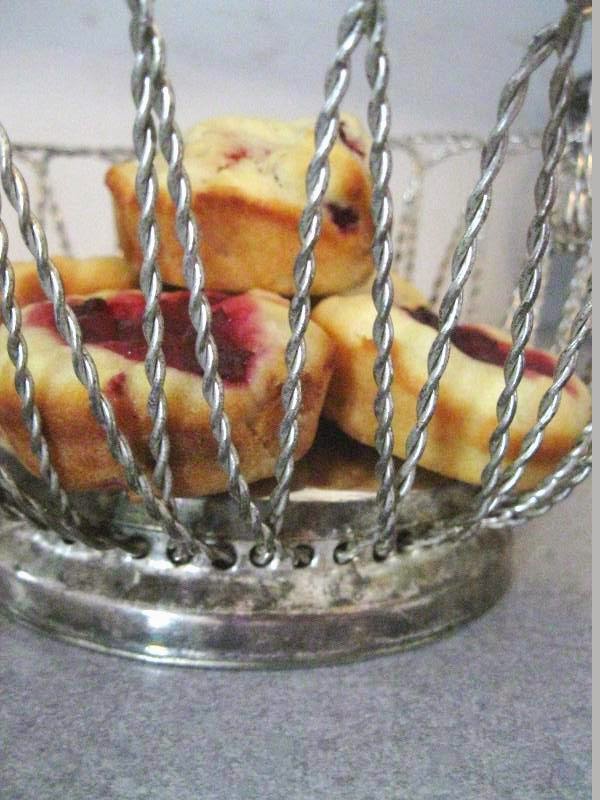 Posted by Heide at ApronHistory at 10:13 AM
Email ThisBlogThis!Share to TwitterShare to FacebookShare to Pinterest
Labels: cherries, Cookbook Project, cooking, muffins