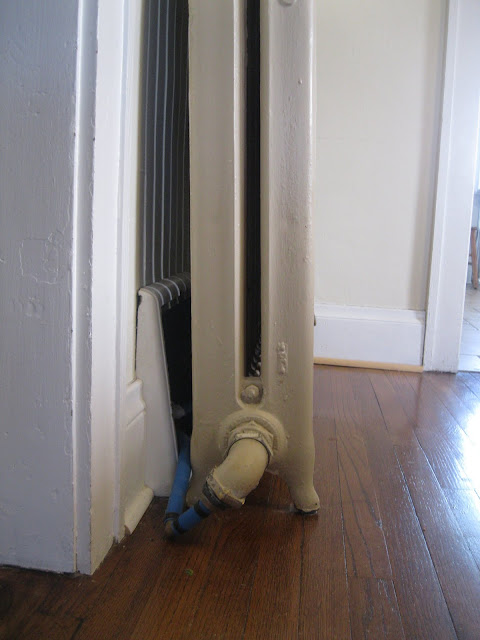 Since most of us have spent the week hunkered down trying to stay warm, let's talk about furnaces! Hot water furnaces to be exact.
I have always thought my little house would be perfect if it only had hot water heat, but alas it has forced air. I did think briefly about changing it when we first moved in, but there were so many things that still needed work or finishing. But this spring in the middle of an allergy attack I texted my brother and said I need hydronic heat!!
Yes, after living in the little cottage for five years I finally figured out I am allergic to whatever the furnace blows out! I don't know if it is just old dirt, cat hair, dog dander or what, but it turns me into a basket case. I am no stranger to allergies as at the age of four we discovered I was allergic to food dye. Hives are a weekly occurrence, sniffy nose, itchy eyes, scratchy throat are common. But I have never never felt so horrible as when the furnace/air conditioner blows. I could hardly drag myself out of bed I was so tired, I constantly felt like I had the flu and couldn't eat, I couldn't sleep or think. (I had a lot more symptoms, but you get the idea.)
This summer we tried an experiment and did not turn on the AC; instead we invested in two window units. In two months I had all my energy back and was ready to tackle the Brick House head on! 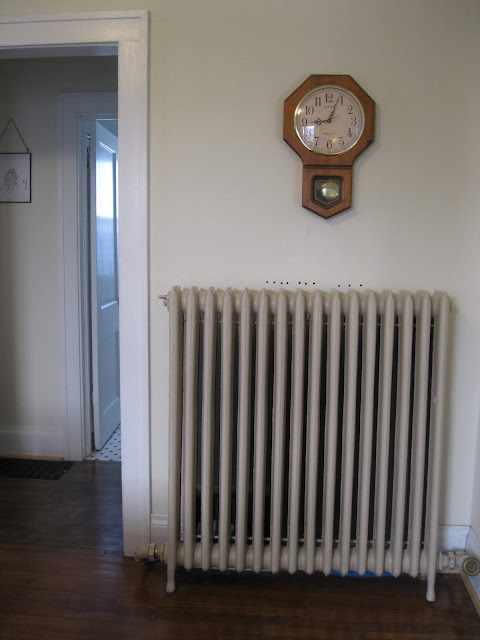 This fall when it started getting chilly we were in of a bit of quandary. Wisconsin gets cold! And we knew a ton of space heaters wasn't going to work, though it got us through the fall months. So my brother and I hatched a plan!
This past Spring I found a houseful of radiators on Craig's List. They were from a smallish bungalow like mine and most of radiators would work for my house. I did end up purchasing two more for the downstairs bedrooms as there wasn't quite enough small ones.
So we had radiators, but not a boiler. But every house has a hot water heater, right? And a hot water heater does the same thing a boiler does, heat water. Would a hot water heater be able to heat a cast iron radiator enough to heat a house? We decided to find out! 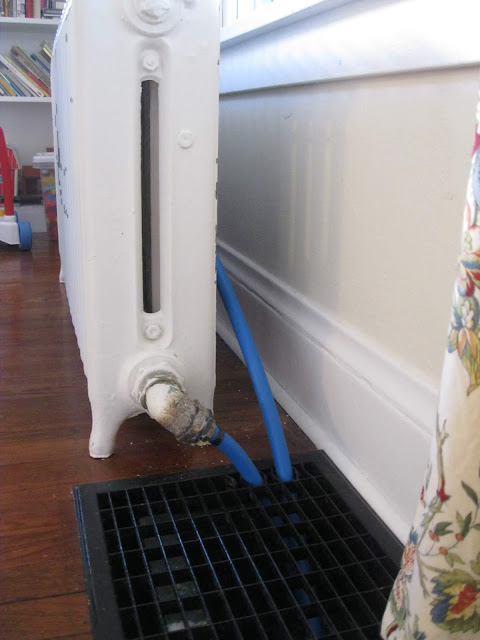 My brother also happened to have a heat transfer plate, circulator and expansion tank. The only thing I needed to buy was an additional circulator pump, PEX fittings and some copper pipe to plumb everything in. We were able to poke the PEX piping up through heat/cold air vents so everything is temporary right now. (I am still planning on putting in a real boiler this year!)
The way a hydronic system works is a boiler/hot water heater heats the water, a circulator pump pumps it through the pipes and the radiators. As the hot water goes through the radiators it heats the cast iron and since cast iron radiates heat so well the air around the radiators also get warm. The water continues around it's circuit and returns to the boiler/hot water heater to be heated again.
My temporary system works the same, except the water from the hot water heater goes though a transfer plate which transfers the heat to water in the radiator system. In this way the water in the radiators and the water in the hot water heater stay separate and we are not washing with water that has been through a radiator. (It picks up a lot of iron and turns black! Yuck!) 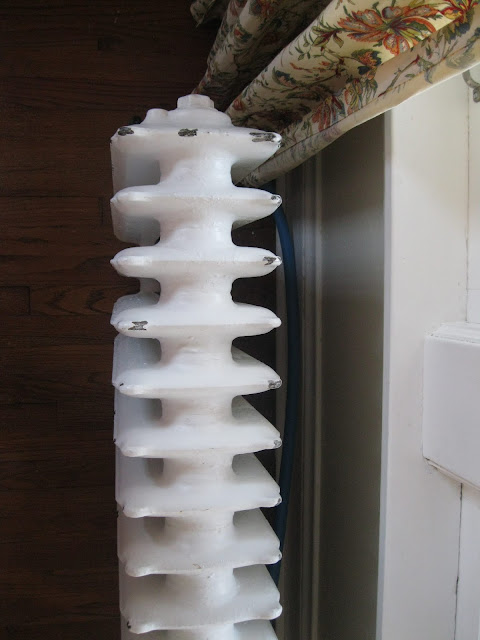 Wow these old radiators really work! In a couple of minutes we could feel the warmth radiating out of them and in an hour you just wanted to snuggle up next to it! Of course it is not as even as it would be with a whole system, but it is keeping us comfortable. The bedrooms (where there is no radiators) are about 2-3 degrees cooler. We started slow and connected one radiator first. It worked great during the day, but wasn't able to keep the house a steady temp over night. The hot water heater seemed to be doing fine and not running excessively, so we connected another radiator to the system. Now the living-dining room stays a very steady temperature even during the night.
And how did our temporary system do in the artic blast? Not too bad! It couldn't quite keep up during the extreme overnight lows and would dropped down about three degrees, but it would get back up to normal temperature during the day. I think that wasn't bad for a temporary system! 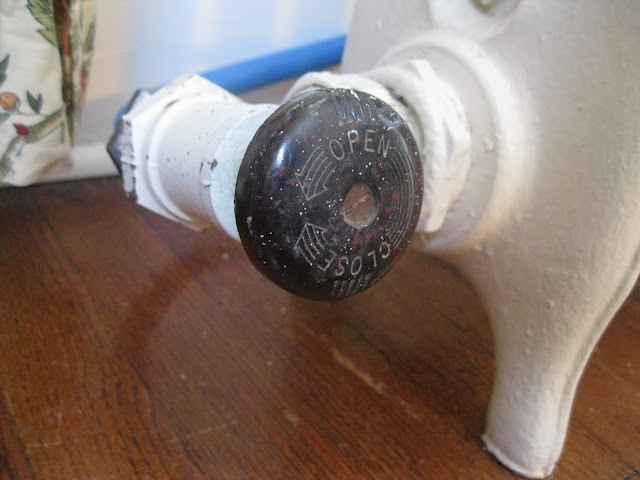 Radiators are also a mittens best friend! I don't know what it is about the radiant heat, but mittens dry in minutes and look better then ever! 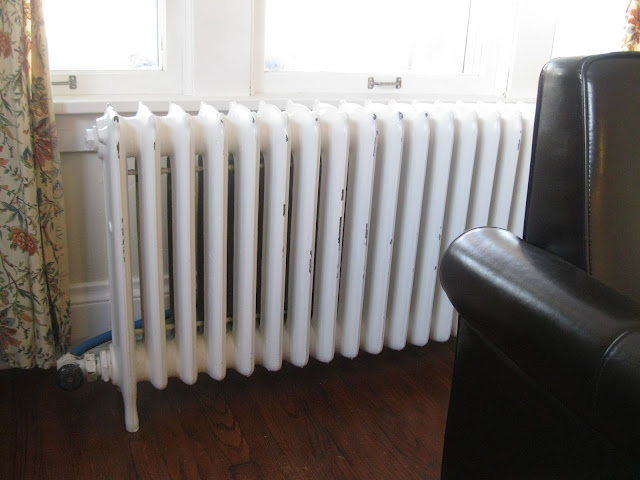 So, have you ever lived in a house with hot water heat? Did you like it? Would you like to have hot water heat again? Please share, I would love to hear all about your experience! I am all about radiators and hot water heat right now!
Posted by Heide at ApronHistory at 2:33 PM
Email ThisBlogThis!Share to TwitterShare to FacebookShare to Pinterest
Labels: house, plumbing, radiators, winter